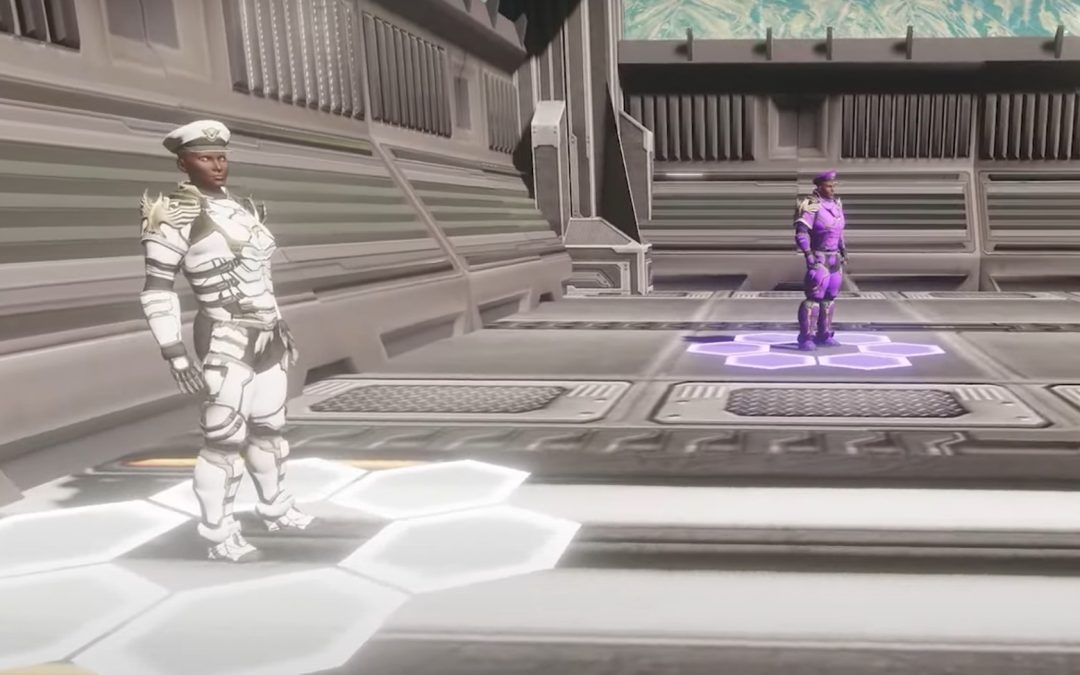 and a text transcript with FAQ and answers regarding it:

Dialogue from the video for those that just want to read it:

Welcome to the Cyrene Spring 2022 Vu Preview. Now I know that we usually do a forum post but we decided to change things up a little.

We are excited to bring the first original Cyrene music composed and mastered by CKA records, our in-house studio headed by Yui. The youtube and sound cloud links will be in the description.

Introducing utility faps, players with the refurb heart fap rank 6 can now choose 1 of two utility upgrades. Additionally, players can now downgrade back to rank 5; however this change will be final.

We’ve got some updates to a few areas.

With the rise of the Manuthale faction coming to the surface, they have overhauled Mer Beach into its original marsh-like ecosystem known as Rana Haven. The change to the island has caught the attention of ARC who are requesting trusted player assistance in aiding our new allies via unique daily missions.

Zyn’Dars Hovel has been remodel to include his new companion Zyn’Tao and his crafting station. With this remodel Zyn’Dars current pet daily mission has been split between low and mid level pets missions. While Zyn’Tao will be offering a weekly crafting mission which will reward Tamer Horns limited blueprint.

With the growing relations between Arc and the Zyn over at Zyn’Tukano, Kaydee Barns is now able to offer a daily texture mission to create synthetic leather textures which she learned from the local Zyn.

After a long year of waiting Cyrene is happy and excited to announce the return of the Imperium Armor. With this return, the Augmented and Perfected versions will also be available. However it seems there were some Imperium moles getting these armors so now Zed Fontaine is personally enforcing stricter controls with players needing increased A.R.C. Badges as well as additional components and plenty of animal oil residue.

Thank you for joining us for the Cyrene Spring 2022 VU preview. As always if you have any questions please feel free to reach out to us on the official Cyrene discord. The link will be in the description.

Stay safe out there 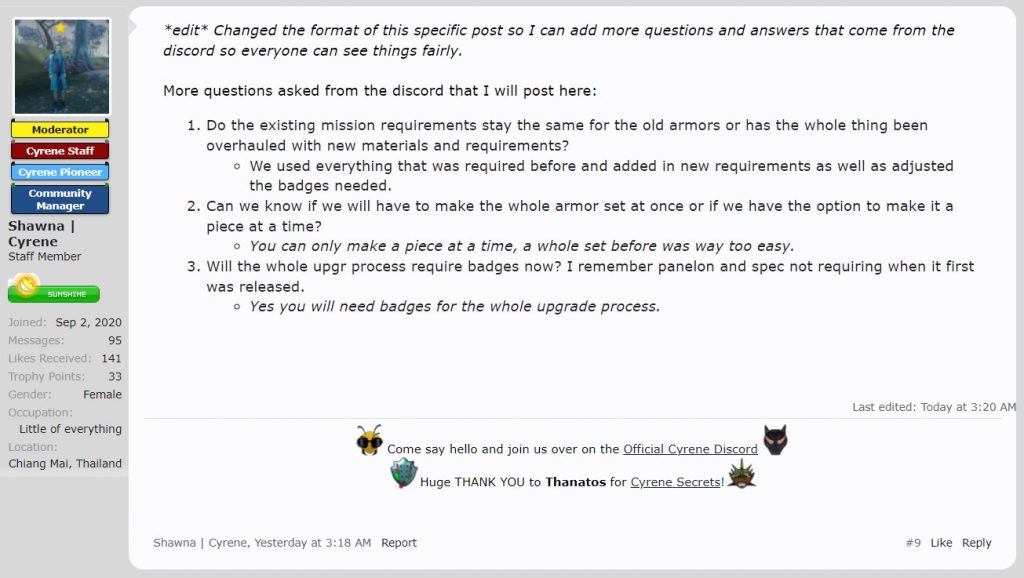 Most interesting parts that strike from the video: