– Final Mission Chain – The Cypher:
— The final missions for Ryvox the Cypher is available for all players who have become Gladiators.
— Several New PvP and PvE missions to complete.
— Culminating in a Planet Bound reward for players, as well as an achievement.

Bug Fixes
– Hunting Crystal Pedes award the completion for “Getting Slimed” quest
– Hunting young tide claws completed the quest “Dr. Nikolo’s Bug Problem”
– Fixed various geometry across all Hunting Caverns
– Adjusted the size of Clyfford so it no longer glitches
– Adjusted the size of Gigantic Scuttler so players no longer get stuck inside of it
– Various minor bug fixes

Changes
– Complete overhaul of Supply Depot Area
— Changed Cyrene Pets Center
— Added taming area for Arrets
— Changed the look and layout for Booths
– Adjusted New Janus area
– Adjusted both Ngu Volcano and Duster Hazing Station
— Vehicles are no longer be allowed in the area
— Teleportation is no longer allowed in the area
– The following loot is no longer marked as “Rare”
— Flesh
— Pure Body Oil
— Aquatic Gland
– All Renegade Components & Imperium Armor Plates are now correctly marked as “Rare”
– Neff’s Stim Pack has a new texture, to better set it apart from other First Aid Packs
– Increased the amount of spawns for Living Vortex
– Reduced the spawn timer for Vlad inside the Maze
– Added an additional teleporter to Duster City 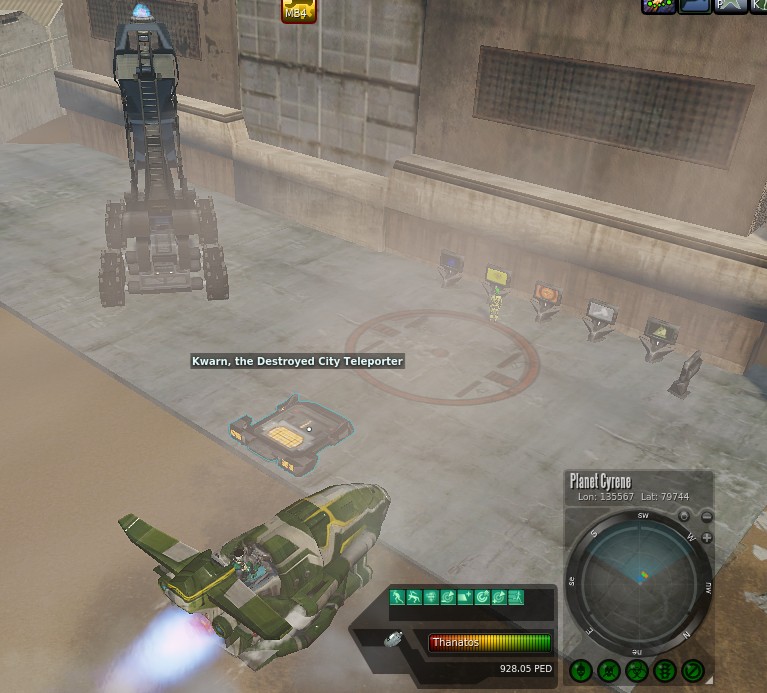 – Added back the Hackfin plateau area upon players request, south of the Supply Depot
– Fixed various floating objects
– Fixed several attackable NPC’s in and around Cyrene marketplaces
– Various spelling and grammatical errors
– Overhaul of Risen Island after a devastating natural disaster
– Signs in The Pit in The Hub have been adjusted to be more clear

Known Issues
– Byg Byrds on Carnap’s Landing are getting stuck in trees, this will be fixed in the Mini Patch
– Support weapons are not currently working properly, this is a platform issue
– All Cyrene vehicles (P.I.G.V., Spear, Lancer, Dragonfly) have default sounds, this will be addressed in a future patch
– A supplementary mission for Rank 5 of Brown Beetles to give proper mission rewards is not working correctly and will be fixed in a future VU
– Some Quality Ratings information in the blueprint book: A.R.C. is incorrect
– Currently, there is an issue with the Cyrene Graduation armor where the disciple will not receive the correct armor, we’re trying to resolve this issue with MindArk

Please give RNGesus some time to ensure all items reach their intended recipients and MindArk time to make sure that all missions are activated.