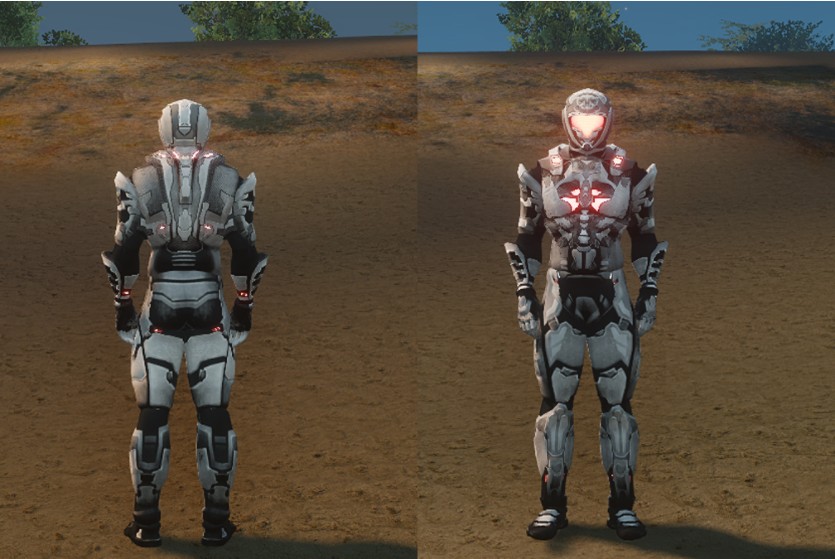 Planet Cyrene added new armor set to the mob loot pool, and it is a very good one!

So far we had a Limimited version dropped of this set

All we know are stats with a bit of info given by Devs on Planet Cyrene Forum: 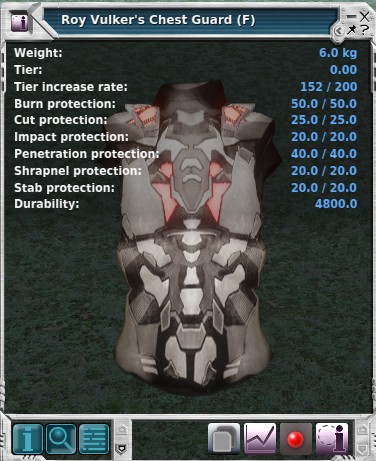 and a dialog from Roy Vulker’s ghost himself, that took a nap west from Ngu Volcano TP: 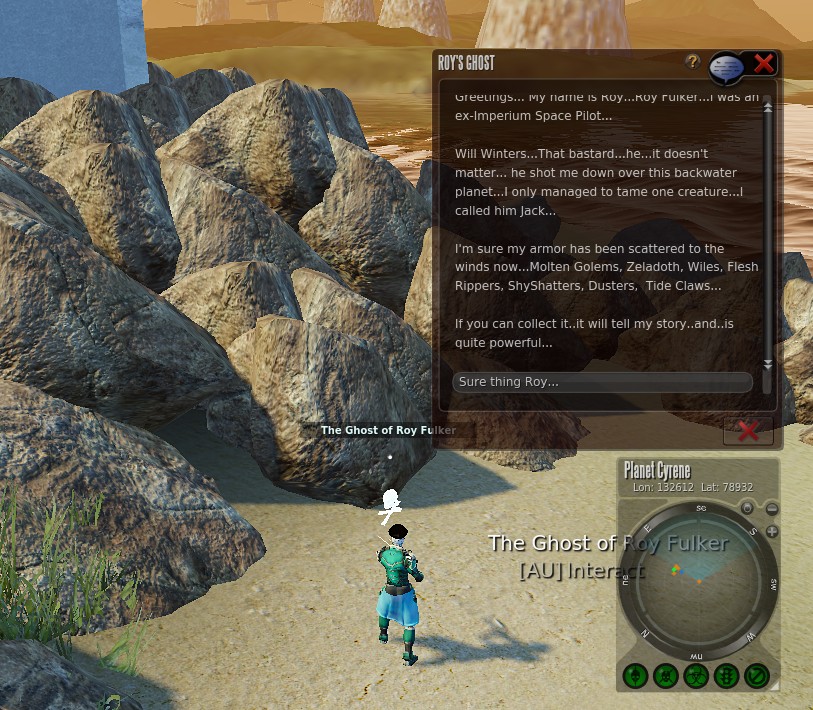 So, there is no mission, just a set of clues where to look for this armor parts.

Limited part dropped from Renegade Mech, so this list of mobs that It should be avialable in loot from, probably is about unlimited parts:

Locations for those mobs are shown on the map.

Developers decided no longer push this unlimited armor version to drop, just limited. Instead, they plan to rework it to make it better, and make it avialable after the summer 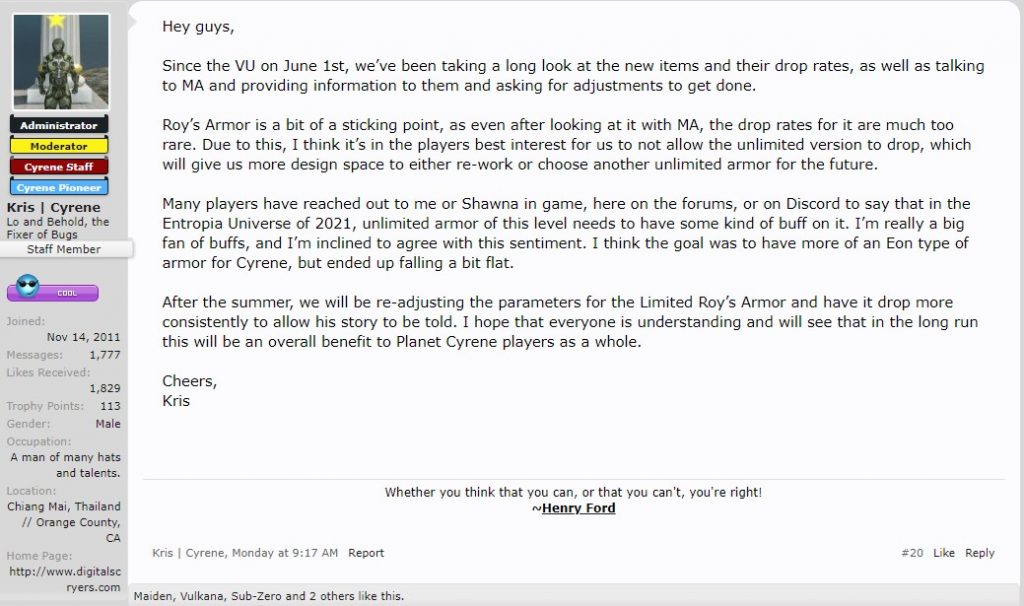