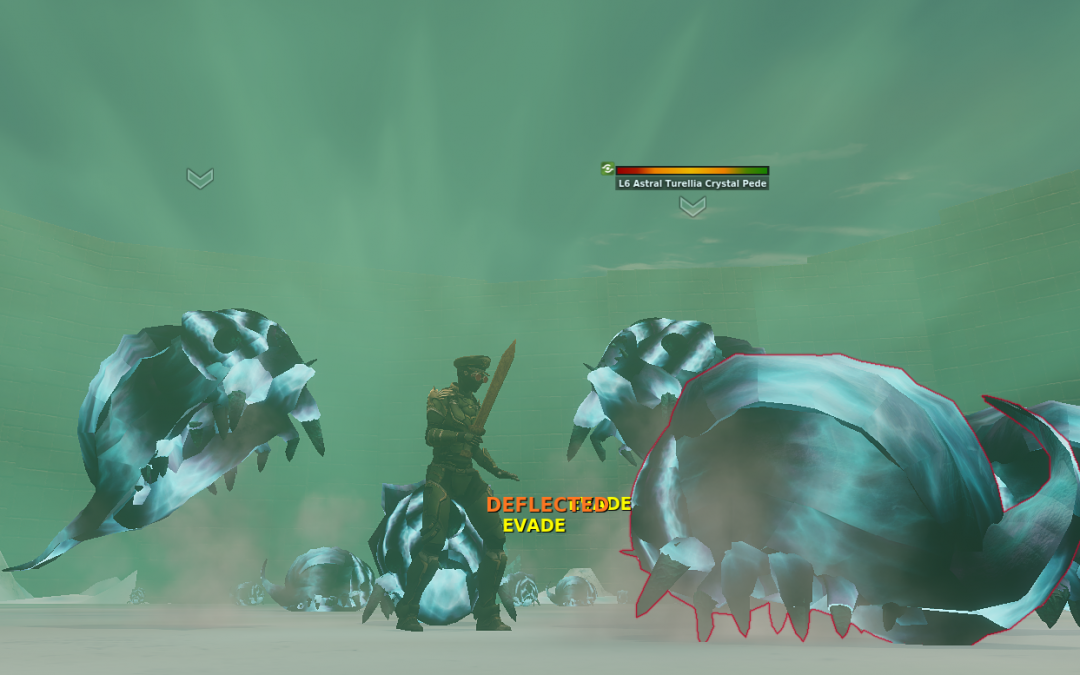 about an update read on the second page…

Turrelion Wave spawn provides us a chance to fight mobs that were special event spawns several years ago.

By that time those mobs were looting rare unlimited clothes.

Now it is said, they will drop a component – Turrelion Essence, that will allow to add passive buffs to those clothing sets.

There is also a small terminal station close it it.

After you enter the circle of walls, timer starts, but notifications are currently bugged, so do not pop up right after, and it takes too long to wait for them.
Be patient, wait after u enter the rift, and after each of waves. It could take like 3 min without any message on screen.

Waves of mobs are harder each time. It starts with just Turrelia Pedes, then with some Zeladoths mixed in, and in last wave we get a boss, that has most HP, but hits not that hard.

All mobs are (Shared Loot) so hunthing there it is a nice experience for community.
Expect other players to join you after you say, that you are about to start that event!

Recently added on the Rift Revival station, there are also several new NPC

You can pick there two new missions: Looking out, and Settlers Live – which are a killpoint missions on mobs inside the Rift Wave spawner. After you gather enough of killpoints there, you will be awarded with a piece of clothing that is required for upgrades with Turrelion essence!

Check the next page to see how upgraded clothes look like!