I’d like to start by congratulating all the players that have helped contribute to our Dynamic Upgrades that add perks for playing and being in your favorite Cyrene areas. For this VU we’ve got 3 areas that have upgraded to level 1:

Here are a few examples:

There are many areas that are not far behind either, Robo Base Z.R.Q. at 85% and Zyn Forest at 90%, well done everyone! (You can view the latest Map here: >>LINK<<)

We also have the start of the new A.R.C. Faction Rank 2 Missions, as well as changes to the Rank 1 Missions:

Five new Crafting Cyrene items or Mining Missions for Cyrene Specific Ores and Enmatters that are only open to players who have over 200 A.R.C. Faction Badges.

Also coming with the Mini Patch will be a new Summoning Mob location near Eve’s Playground that will allow players to summon and kill special mobs to earn more A.R.C. Faction Badges (provided that you are already at or over 200 A.R.C Faction Badges). 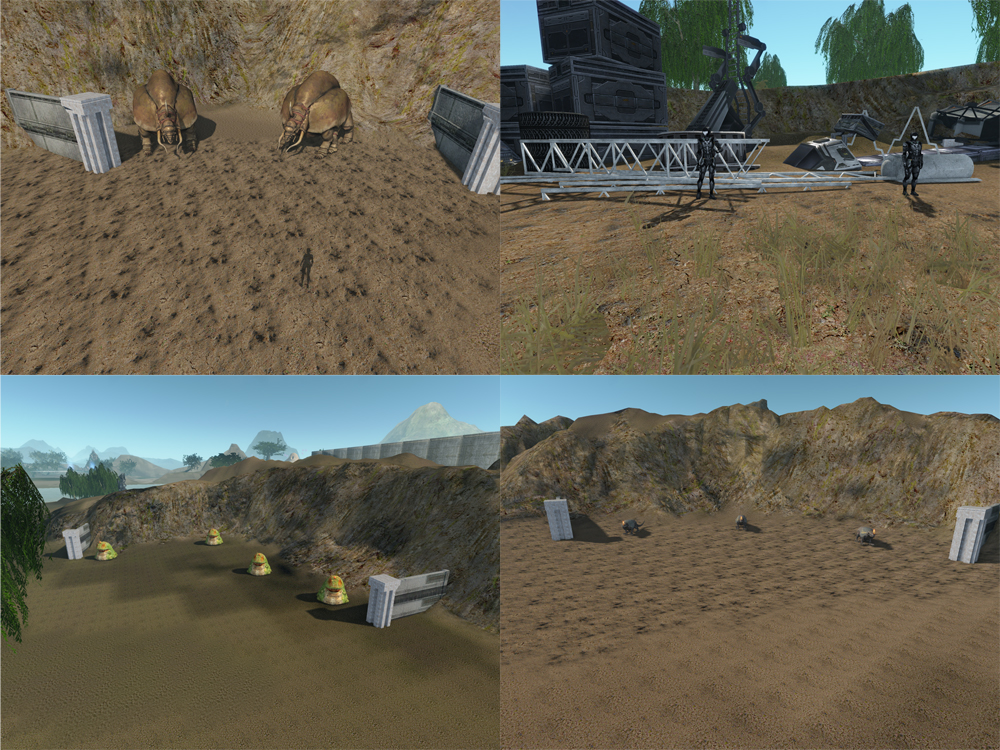 The A.R.C. Rank 1 Daily missions ended up leaving out newer players to hunt and get in on the faction action, so we made some changes and added 1 new mission: a 500 Sweat Turn-in mission for 1 badge.

This should ensure that new players will be able to start earning faction badges as well.

Changes to the A.R.C. Rank 1 Rewards:

In its place will be A.R.C. Inaugurates Armor, a Tradeable and Limited Armor, available for players who are at Rank 1 A.R.C. Faction: 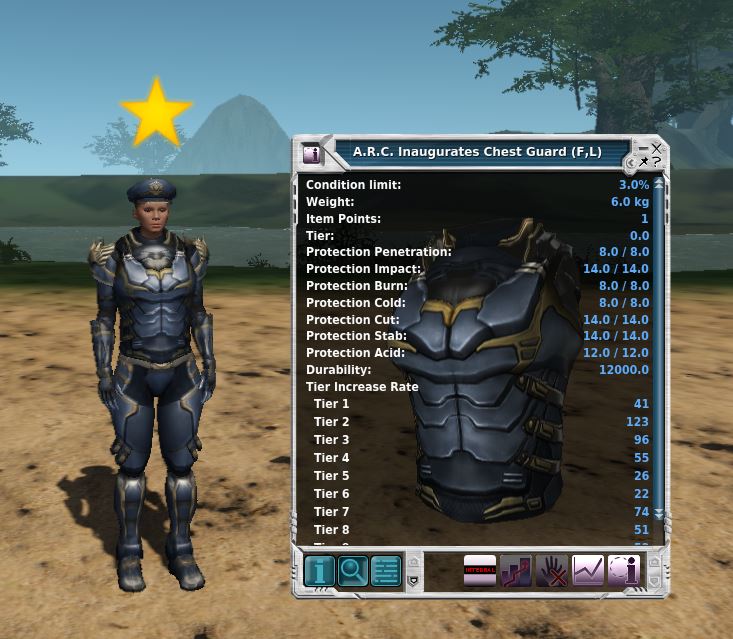 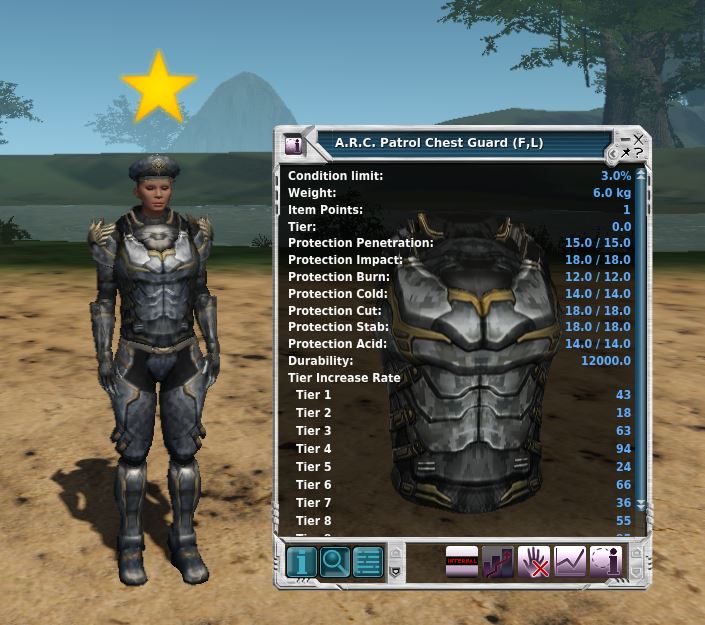 Also all players that reach Rank 2 will get a special Blueprint from Zorra Winters to craft an A.R.C. Lancer: 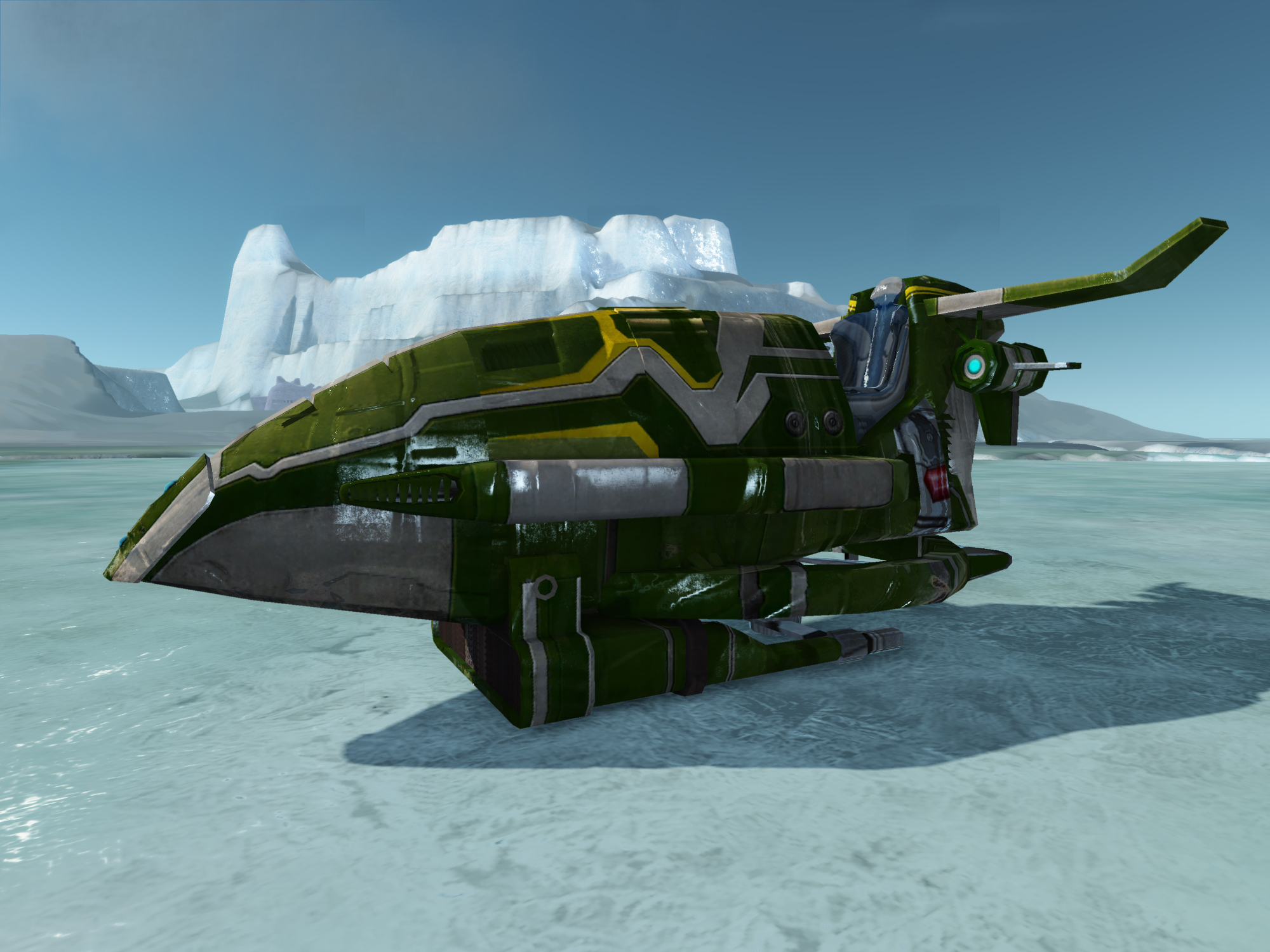 There are also approximately 80 new weapons that have been placed on all Cyrene creatures level 1 through 31, BLP Pistol / Rifle, Laser Pistol / Rifle, Short and Long Blades, here are some examples:

We’ve also been working to improve the Day/Night lighting as well as the water transparency for this VU. We’ll be working to make these as good as possible.

There are many other changes coming this VU as well as for the Mini Patch here is a short list:

I hope that this gets players excited for the next Planet Cyrene Update.